Proof of concept for How They Voted

A project I am working on - How They Voted

This is an app to easily see how TDs (elected representatives in Ireland) have voted on issues in the Dáil (Irish parliament).

It is very early stages now but the goal is to create something to allow users to easily answer the question:

This is what the mobile version of the app looks like:

And this is the desktop version: 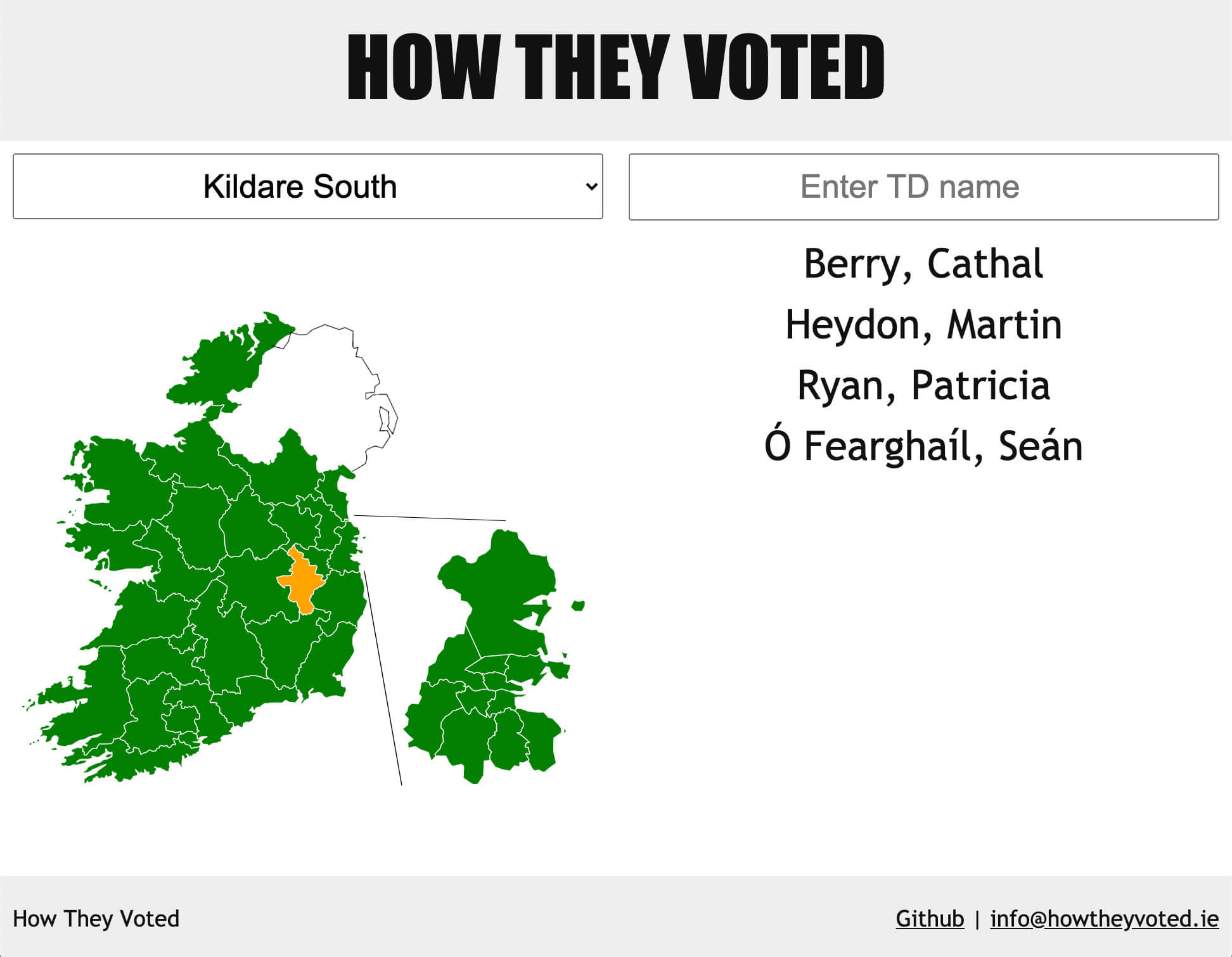 Built with Svelte and Sapper

I've been using Svelte and Sapper a lot lately - this site was recently migrated from Gatsby to these in a few days.

The How They Voted app is built to run as a statically generated site using Sapper's export script.

It's hosted on Github Pages and is deployed on a merge to Master using Github Actions.

The app is a PWA by default. I haven't done anything with this though yet, it's just built using the default Sapper settings.

All the data used in the app is pulled from the oireachtas.ie servers unless stated as coming from elsewhere.

The APIs provided by the team there are very good and any questions I have had have been answered in good time and always with extra info.

I wasn't able to retrieve some data through the API so I created some scraping tools with Node and Puppeteer.

The main goal for this project is to give a non-partisan view of the public dealings of our government. I believe that the more engaged and informed we are of what is happening in government, the more we can influence what happens there and can hold our elected officials to account.

I have a few ideas about where to go next with the app:

There is a lot of work needed to make this app achieve all its goals. These contributions will be for code, content, ideas, governance and probably a hundred other things I haven't thought of yet.

It's my first time working on a project like this and I've regularly questioned my motives and the whole concept but it has also been fun to work on. I'm looking forward to seeing where this all goes :D